Doug Wright attended Pratt Institute where he received a Ford Foundation Grant,
graduated with a BFA in painting, and was accepted into the MFA program at
Hunter College. He exhibited in various group shows including “1000 Balloons”
at Danceteria, and “Wish You’d Been Here” at ABC No Rio. Doug performed with
Craig Bromberg in “The Master’s Dream is the Slave’s Desire” at The Bowery Project, and Just Above Midtown Downtown, and also with Susan Salinger in “Paranarrative Dance” at PS 1, and “Frames and Sequences” at The Kitchen and in Montreal. He pursued photography in the nineties and aughts, but has recently returned to drawing and painting as his primary medium. 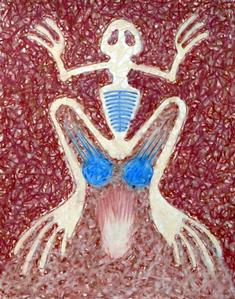