Geoofrey Hendricks - Active with Fluxus since the mid-60s, he began “painting sky on everything” as Happenings, Fluxus and Pop Art were beginning. His first shows of sky work were at Bianchini Gallery, New York, (1966), and the Tokyo Gallery, Tokyo (1968). Recognized as a participant in critically important Fluxus exhibitions and festivals from Happenings & Fluxus, Kunstverein, Cologne (1970),1962 Wiesbaden FLUXUS 1982, Wiesbaden, Germany (1982), and the 50th anniversary of Fluxus at the Museum in Wiesbaden, Germany (2013). Since 2003, he’s been celebrated for his book and exhibition Critical Mass: Happenings, Fluxus, Performance, Intermedia and Rutgers University, 1958-1972. 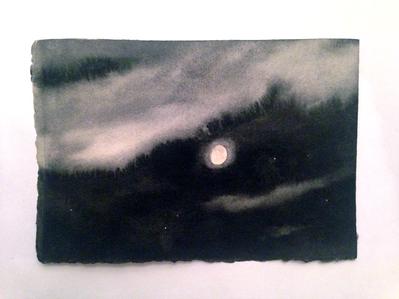