All Items / Books / Maine on Glass

Nineteenth-century Maine – famed for its lumbering, shipbuilding, and seafaring – has attracted copious attention from historians, but early twentieth-century Maine has not. "Maine on Glass" redresses this imbalance with 190 postcard photos and three of Maine’s foremost historians.

Postcards were the Instagrams of the early twentieth century. On one day in September 1906, 200,000 postcards were mailed from Coney Island. In 1913 some 968,000,000 postcards were sent in the U.S., more than seven per person. The majority of postcards made at the turn of the twentieth century were mass-produced lithograph or letterpress half-tones, but the Eastern Illustrating & Publishing Company produced “real photo postcards” in the form of silver gelatin prints made by exposing the negative onto photo paper card stock and developing it in a traditional wet darkroom. Eastern was the largest U.S. manufacturer of what it called “genuine” photo postcards.

The images in this book were selected from 22,000 glass plate negatives created by the Eastern company between 1909 and World War II. As an archive of early twentieth-century Maine architectural photography, the Eastern collection (now housed at the Penobscot Marine Museum) has no equal, and it gives us many unexpected glimpses of Maine life. Maine residents, expatriates, and visitors will enjoy hours of pleasure in this journey through Maine’s countryside, villages, and towns, guided by three historians who can bring a vista to life with a few well-chosen comments. 190 duotone 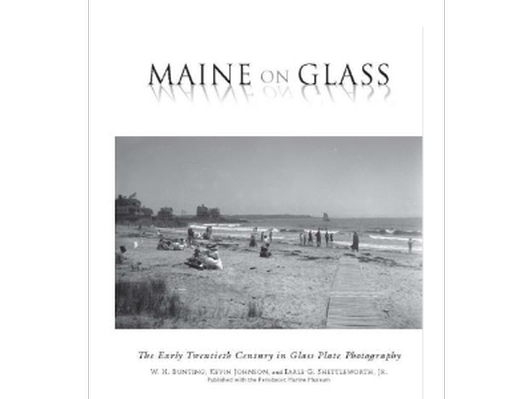