All Items / Pottery and Glass / Springtime

About the Artist: T M Nicholas was born in Rockport, Massachusetts in 1963 and is the son of Tom Nicholas, NA, AWS. He has studied privately with his father and also at John Terelak’s Gloucester Academy of Art and the Montserrat School of Art, as well as workshops with noted California artists, Jade Fon, Morris Shubin, Millard Sheets and George Gibson. Today, as a representative of the Cape Ann School, Nicholas is considered the finest painter of his generation and is proud to carry on its 150-year tradition. Though deeply influenced by his artistic forebears, he ultimately developed a unique style that solidified his professional reputation among critics and collectors alike. Nicholas’ humility and passion for painting are as important to his success as his artistic roots. He loves the process, the exploration, the challenge, and the discovery inherent in plein air painting. Nicholas’ paintings reflect his sensitive response to the natural environment, inimitably capturing light, color and atmospheric effects. He counts among his influences Aldro Hibbard and Walter Palmer, and is particularly interested in those artists’ studies of snow and its endless variations of tone and hue, a pursuit that also compels Nicholas. He has received 84 awards from 1981 to the present, including several Gold and Silver medals.
TM is a member of the Rockport Art Association, the North Shore Arts Association, the Guild of Boston Painters, Whiskey Painters of America, Hudson Valley Artists, Allied Artists of America, Academic Artists Association, American Artists Professional League, and the New England Watercolor Society.

Winning bidders may arrange to pick up their bowls at The Open Door (28 Emerson Ave.) or arrange to have their bowl(s) shipped to them for the cost of postage. 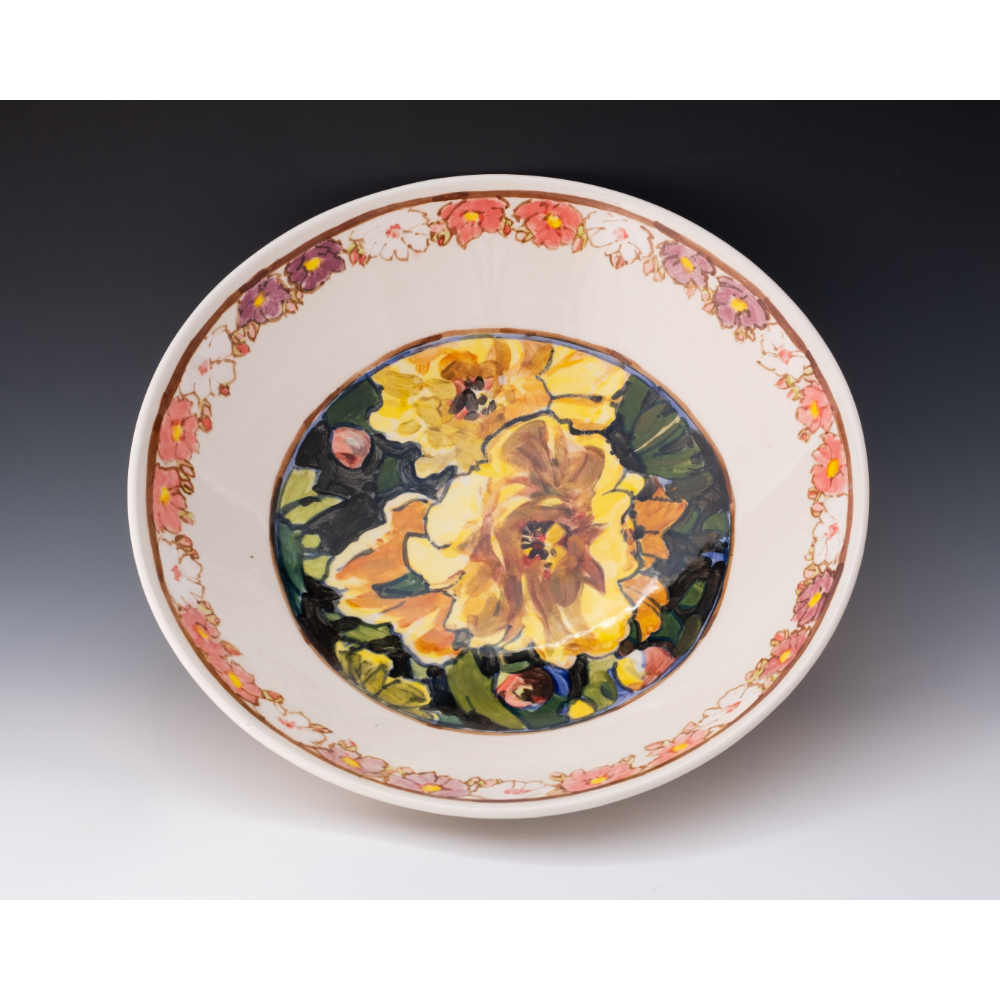