In original trade binding, stamped with “2/6” on spine. Extremely rare.

This Bentley is rarer than hen’s teeth. Richard Bentley famously reprinted the works of Miss Austen in his “Standard Novels” series starting in 1833, using the then-new technology of stereotyping to bring book prices down to six shillings. But while this 1846 copy is printed from those same plates and carries the elegant frontispiece for which Bentley’s series is famous, it is one of the rarest survivors of his Austens. For in 1846, the face of fiction reading and book buying changed forever with the introduction of cheap railway editions that forced Bentley to change the way he did business. Bentley responded to the competition by dropping his own reprint price to 2s.6d. for volumes in standard cloth bindings with blind stamping, a bit of gilt on the spine, a pre-printed price, internal advertising, and a simplified title page. As these endpapers promise, this placed Austen “within reach of all classes of readers.” But Bentley’s down-market venture was short-lived and so few of these copies survive. Read more about these circumstances in The Lost Books of Jane Austen (Barchas used Sandra Clark’s collection).

Because Chawton House owns its own Bentley copies of Austen, you can own this lone “cheap” survivor. This binding is nice and tight and has been neatly repaired at the spine. This rare survivor is in unbelievable shape but for a tiny tear at the bottom of the frontispiece and a few foxed pages at front and back. A former owner’s name has been scratched out in pencil. (See photos.)

No returns allowed.
All proceeds will go towards supporting Chawton House library. 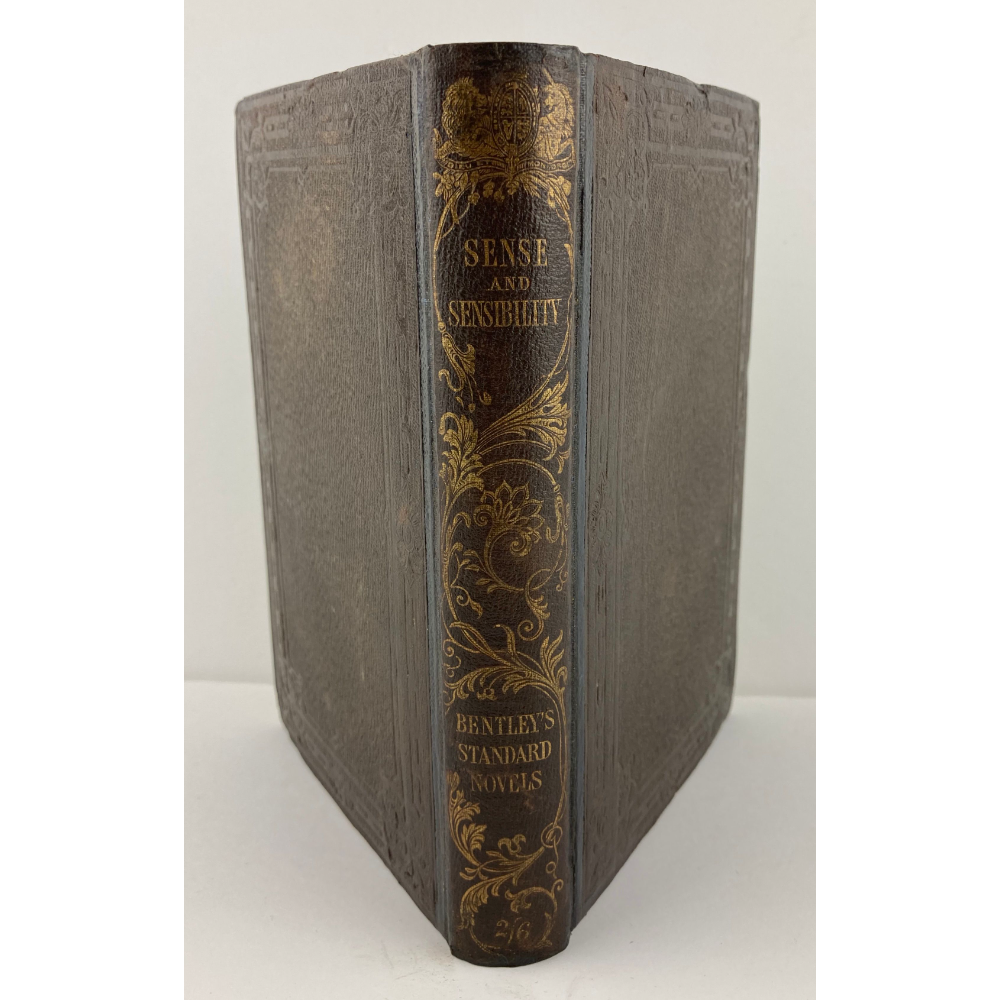 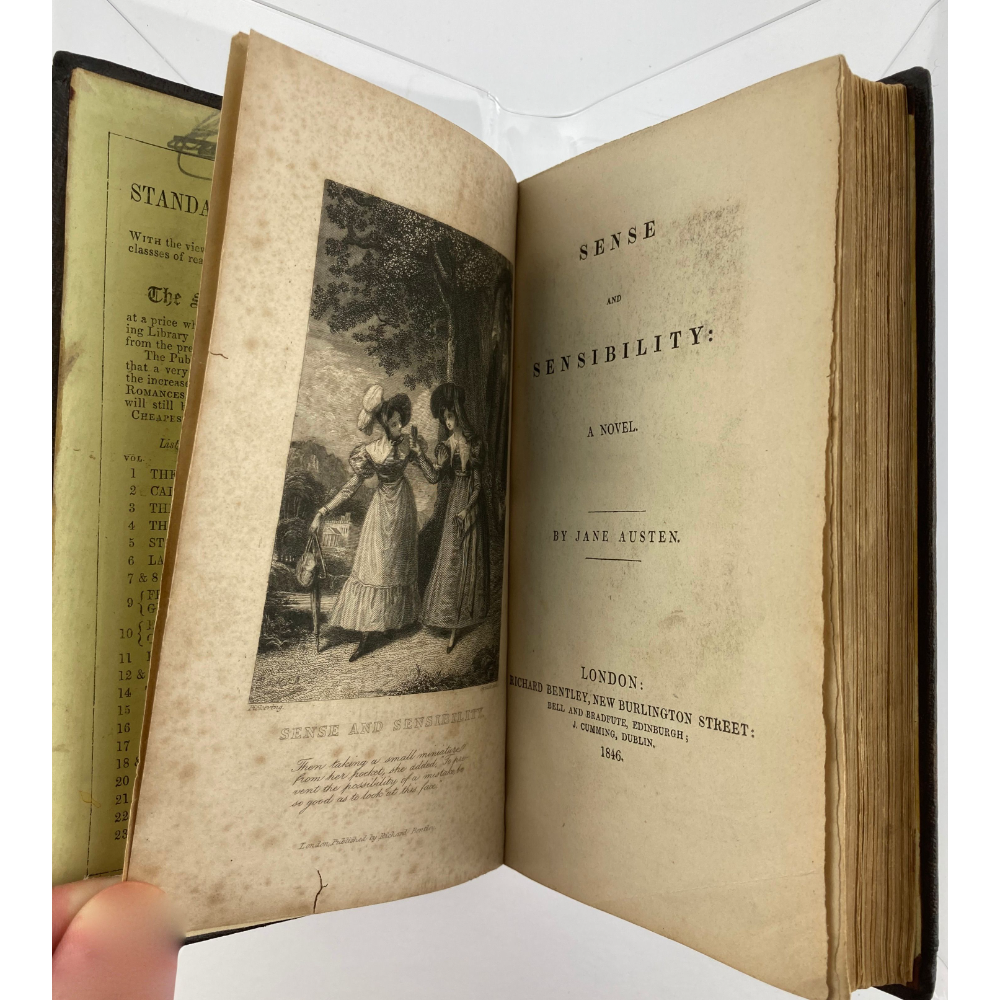