Celebrate women's hockey history! Manon Rhéaume is a retired Canadian ice hockey goaltender. She achieved a number of historic firsts during her career, including becoming the first woman to play in any of the major North American pro-sports leagues.

In 1992, Rhéaume signed a contract with the Tampa Bay Lightning of the NHL, appearing in preseason exhibition games in 1992 and 1993. She spent five years in professional minor leagues, playing for a total of seven teams and appearing in 24 games. She also played on the Canada women's national ice hockey team, winning gold medals at the IIHF Women's World Championship in 1992 and 1994, and the silver medal at the 1998 Winter Olympics.

NO SHIPPING - Local pick-up only. If you have a friend in Seattle Women's Hockey Club you can arrange to have them pick up your item for you.

All auction items will be available for pickup on two dates:
Sunday, December 13th 4pm-7pm [NOTE: UPDATED TIME! previously noted time was before the end of the auction, apologies], or Saturday, December 19th 12pm-2pm. Pickup location is Bosk Brew Works in Woodinville (19211 Woodinville Snohomish Rd NE, Woodinville, WA 98072). Grab some Bosk brews to go on your way out. 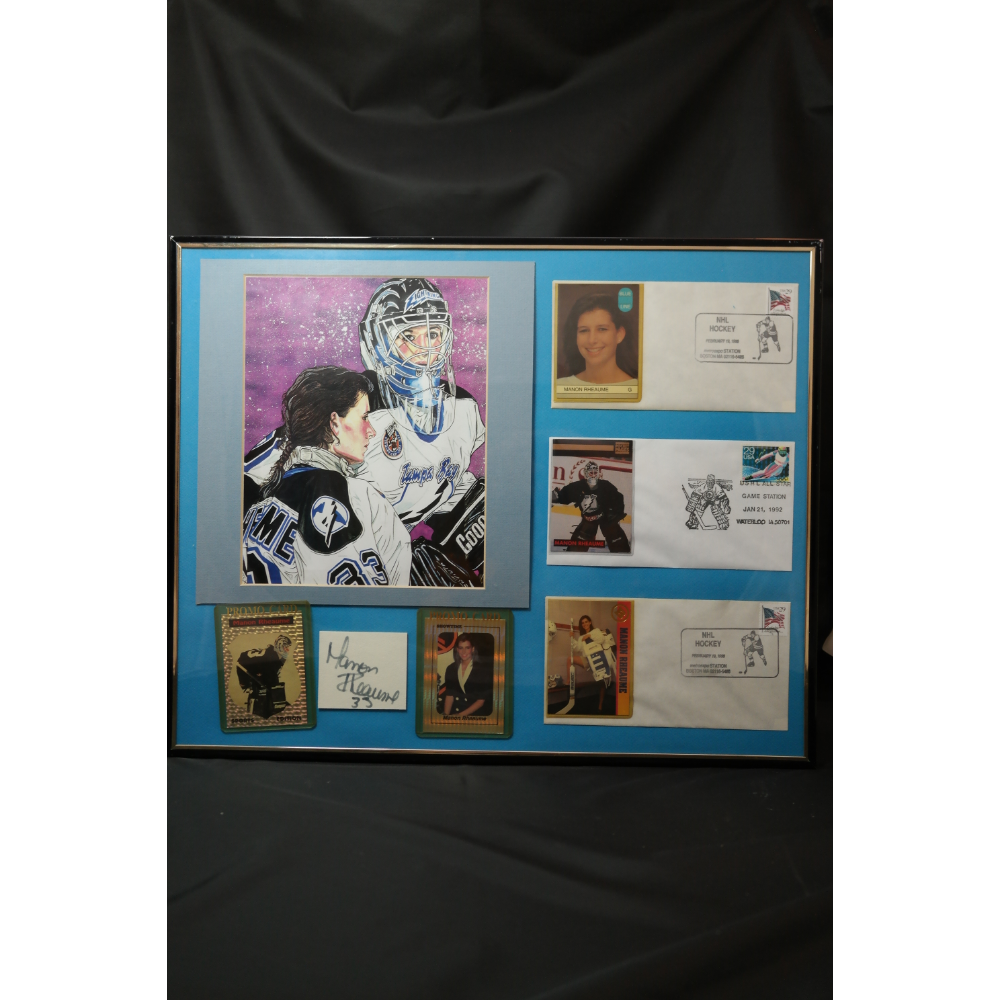