Painting by Bhaskar Chitrakar and an invitation to a special
event with wine, cheese and a discussion about the art with the painter on July 2022. This is a hand-painted watercolor, with natural pigment.

BHASKAR CHITRAKAR - KALIGHAT ARTIST
Bhaskar Chitrakar comes from a family of patuas (painters from an artisan community in West Bengal) that have been practicing Kalighat painting since the 19th century. While his work upholds classical technique, he is the first to bring visions of contemporary society into this traditional art. Now isolated in the bystreets of Kalighat in South Kolkata, Chitrakar has introduced the coronavirus into his work, and his depictions of the virus have mutated and evolved along with its ever-widening grip. Kalighat painting takes its name from the ghats along the river Hooghly, below a great temple dedicated to the goddess Kali. As patuas from rural communities migrated into Kolkata, some earned money by selling small paintings that they could create quickly, giving rise to the graphic style that depicts one or two figures on a blank background. Subjects ranged from Kali herself to “Bibi-Babu” paintings that depicted the lifestyles of Kolkata’s bourgeoisie and their domestic worlds. Chitrakar’s idea to infuse coronavirus into these quotidian scenes is an especially timely stroke of genius as we all live with the current period of forced domesticity.

Pangea World Theater will contact silent auction winner's and arrange pick up of larger items at Pangea's studio space located at 711 W Lake St # 101, Minneapolis, MN 55408. Small items like gift cards will be mailed out the week of June 20th. 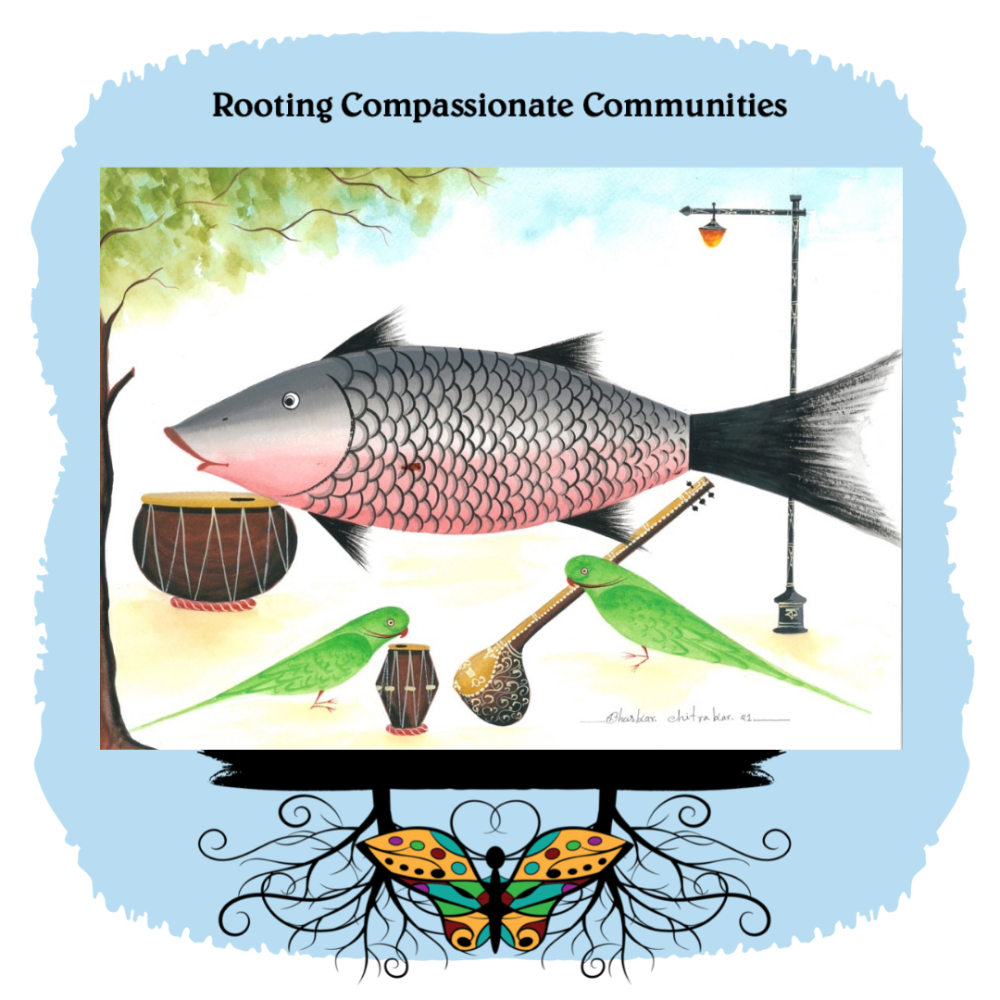