All Items / Books / Book: The Hundred Years’ War on Palestine, A History of Settler Colonialism and Resistance, 1917–2017

#14 Book: The Hundred Years’ War on Palestine, A History of Settler Colonialism and Resistance, 1917–2017

A landmark history of one hundred years of war waged against the Palestinians from the foremost US historian of the Middle East, told through pivotal events and family history.

Authored by Rashid Khalidi, a long-time supporter of Pangea World Theater, and father to Directing Fellow, Ismail Khalidi. Rashid Khalidi is an Edward Said Professor of Modern Arab Studies and Literature and Professor of Middle Eastern, South Asian and African Studies at Columbia University in NYC. A world-renowned scholar, Khalidi is editor of the Journal of Palestine Studies, and was President of the Middle East Studies Association, and an advisor to the Palestinian delegation to the Madrid and Washington Arab-Israeli peace negotiations from October 1991 until June 1993. 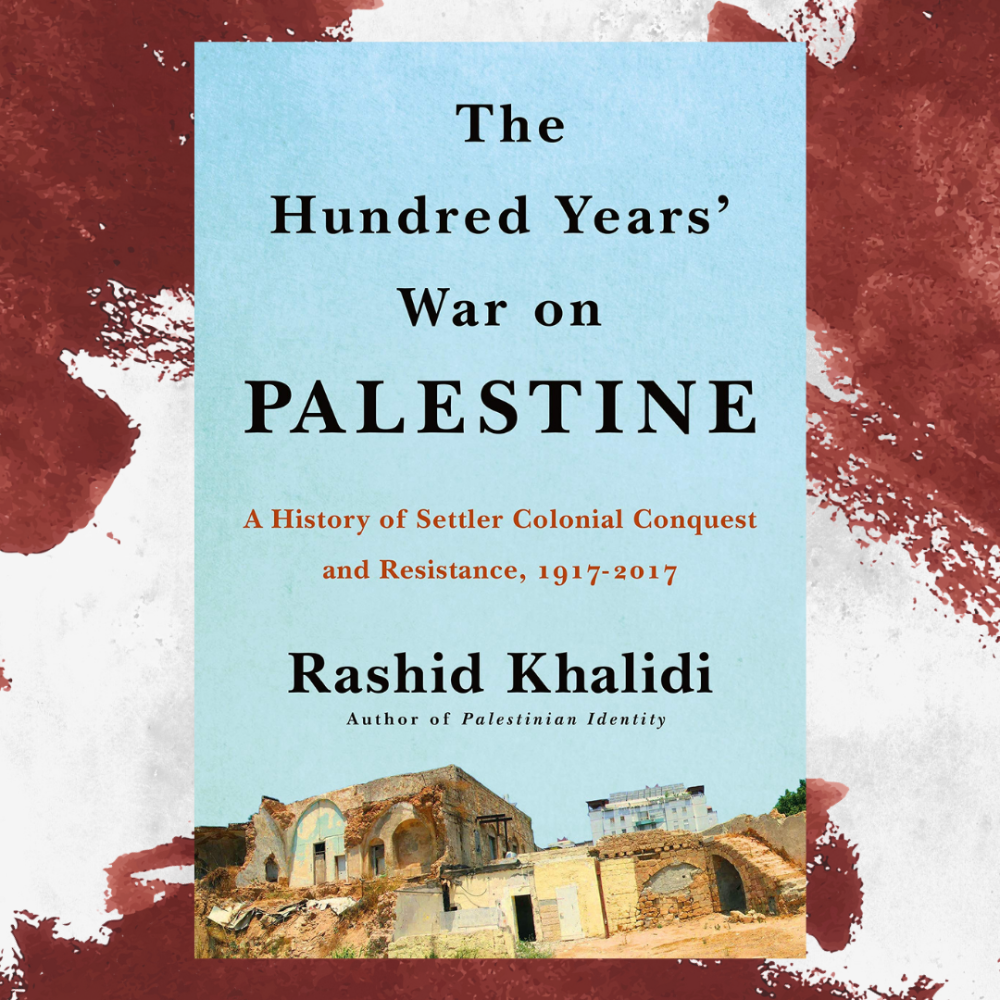