WALT CESSNA IS A WRITER, PHOTOGRAPHER AND FORMER FASHION DESIGNER WHO STARTED HIS CAREER IN FASHION AS A VOGUE OBSESSED THIRTEEN YEAR OLD EVENTUALLY WORKING WITH THE LIKES OF KNOCKOFF KING AND DRESS MOGUL JACK "FAST JACK" MULQUEEN, AND DESIGNER NORMA KAMALI. IN THE YEARS TO COME HE ESTABLISHED HIMSELF AS A FASHION DESIGNER WITH HIS MUCH ACCLAIMED DON CASUAL LABEL, DESIGNING AND SELF-PRODUCING A LINE OF MEN'S AND WOMEN'S SPORTSWEAR. OVER THE YEARS HIS SHORT STORIES HAVE APPEARED IN VARIOUS MAGAZINES SUCH AS PAPER AS WELL AS NUMEROUS BLOGS. HIS PHOTOGRAPHY WORK CAN BE FOUND VIRTUALLY ANYWHERE ON THE INTERNET AS WELL AS IN HIS PUBLISHED PHOTOGRAPHY COLLECTIONS FUKT 2 START WIT AND WOLFPACK! HE CURRENTLY LIVES IN NEW YORK CITY. His annual queer art & literary journal VACZINE Magazine officially launches on December 15th with it's latest edition Vaczine #3 at Eastern Bloc then December 16th at The Bureau Of General Services Queer Division @ The LGBTQ Center. It is also for sale in Chelsea at Printed Matter. Vaczine #3 features Stella Rose Saint Clair on it's front and Macy Rodman on it's back covers. Dane Terry is our centerfold and Belgium design sensation Walter Van Bierendonck it's guest editor. Follow our blogs at https://www.facebook.com/vaczineartjournal/ & http://vaczine.tumblr.com/. 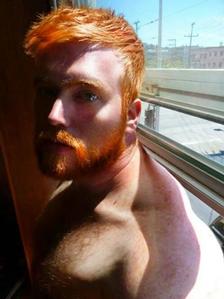