Artist - Prince Lorenzo Medici mixed media on canvas and ceramic acrylic sculpture. Comes with Certificate of Authenticity and full provenance by Art Curator Mariavelia Savino.
Bid Now Price is the gallery listing price.
Made in California by Prince Lorenzo De’ Medici, this unique Artwork depicts the founder of the Renaissance, Lorenzo the Magnificent with a feminine torso sculpture at his front, to celebrate the heritage of wisdom, respect, equality, impartiality, regard, freedom and consideration for all the human beings, left to Human Kind by the Medici House of Florence.

With this one of a kind portrait, Prince Lorenzo De’ Medici translated to contemporary times important concepts making a new artistic conception by creating an artwork in which a painting on canvas merges with sculpture. This Artwork is a celebration of knowledge, wisdom, history and art. The concept of RESPECT/RISPETTO by Prince Lorenzo de' Medici is inspired by the 'Enlightenment', started more than 500 years ago by his ancestor Lorenzo the Magnificent, and continues today uniquely interpreted by his heir Prince Lorenzo De' Medici.

The Respect for Human Kind, especially for the Women in the development of our world is a fundamental aspect in this portrait, as it was a profound symbol of the 'Enlightenment'.

The piece is stamped with a red Medici seal and signed by Prince Lorenzo in the lower right corner.

The painting will come with a certificate of authenticity and provenance. Measurements (approximate): 52" H x 38 " W Prince Lorenzo de Medici (Sitting in the chair in the image) is the descendant and heir to one of the most famous family names in human history.

Shipping with Insurance is included in the sale of the artwork. Tracking will be provided.
Sorry, no refunds. 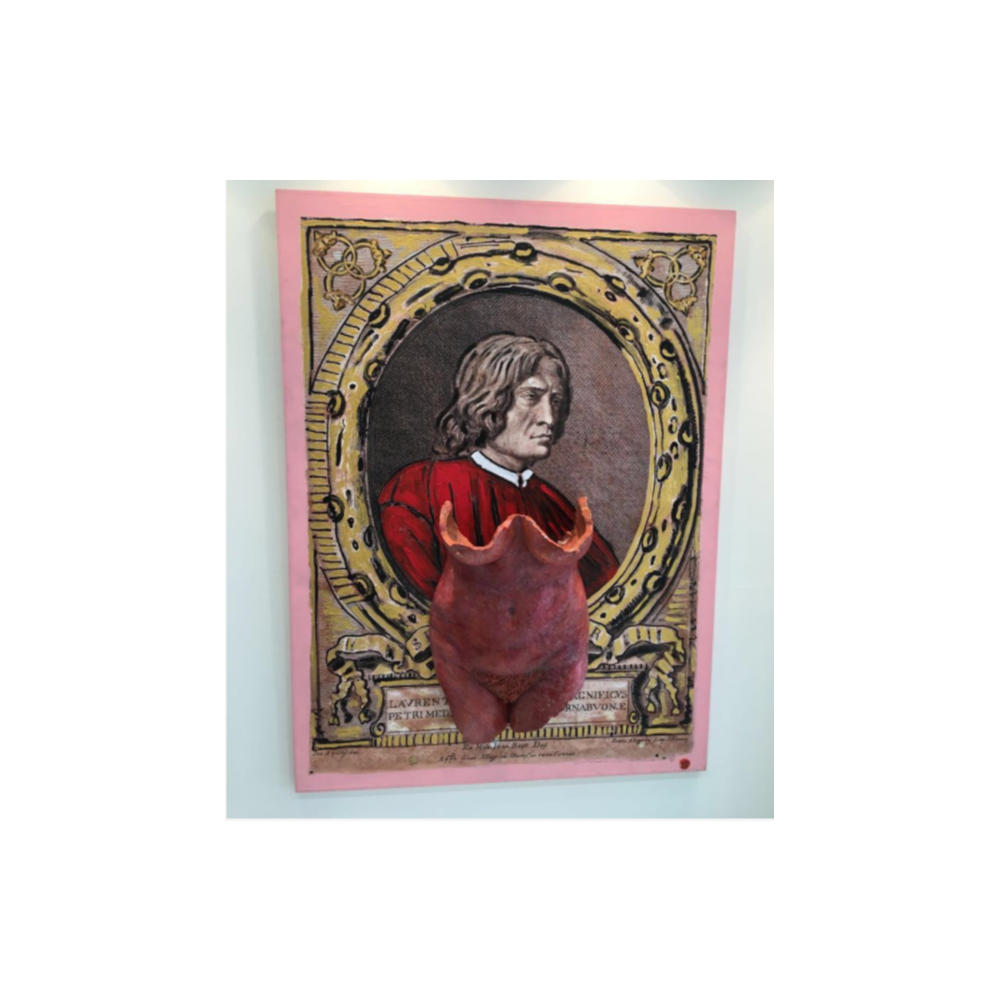 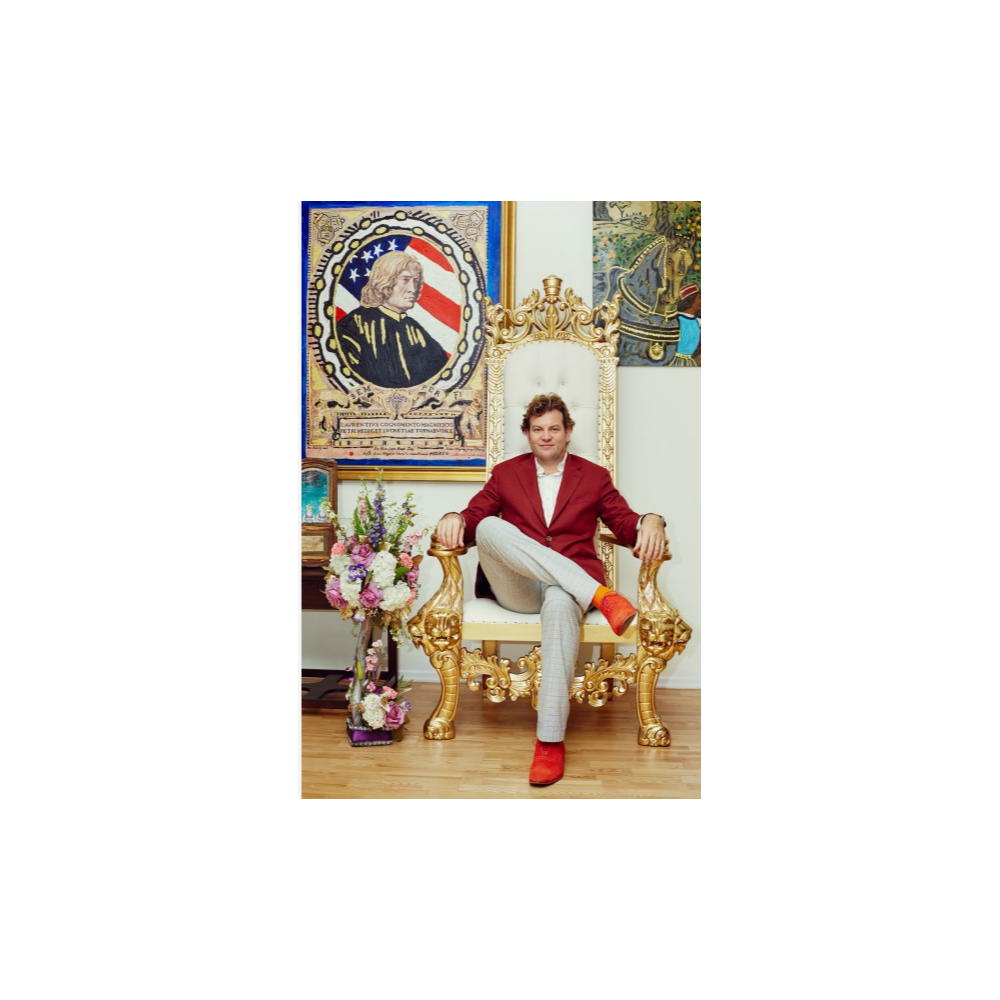 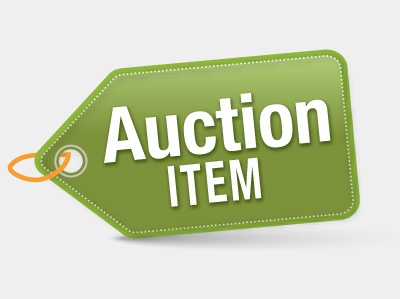