Published in 1856 by Richard Bentley, this set of Jane Austen’s novels initially belonged to the fashionable Victorian hostess Lady Andalusia Molesworth, whose social gatherings redirected political careers and included literati such as Dickens, Macaulay, and Thackeray. Better still, she was celebrated for staging just the type of scandalous private theatricals described in Mansfield Park. By those who were jealous of her social influence, she was ridiculed as a connoisseur in the well-turned calves of her footmen. She was a self-made woman who set Victorian tongues wagging wherever she went.

These are four surviving volumes of a five-volume set of “The Works of Miss Austen” in Bentley’s famous “Standard Novels” series. Printed in 1856, the complete set contained all six major novels (the volume shared by Northanger Abbey and Persuasion is missing).

Advertised as “neatly bound for the library,” such sets were offered in a handful of binding styles in different colored cloths. This particular set in light green cloth is decorated with blind-stamping and some gilt extras on the spines and top boards. This unusual binding is likely bespoke, for it still contains the bookbinder’s ticket in the first volume of Westley’s & Co. of London. The green cloth binding typifies the modest elegance of stamped cloth bindings then replacing the tradition of hand-tooled leather books.

Bidding will close on September 15, at noon.

Visit our webpage for more information, photos and history:

Flat rate for shipping within the US: $25.
International rate: $50.
No returns allowed.
All proceeds will go towards supporting Chawton House. 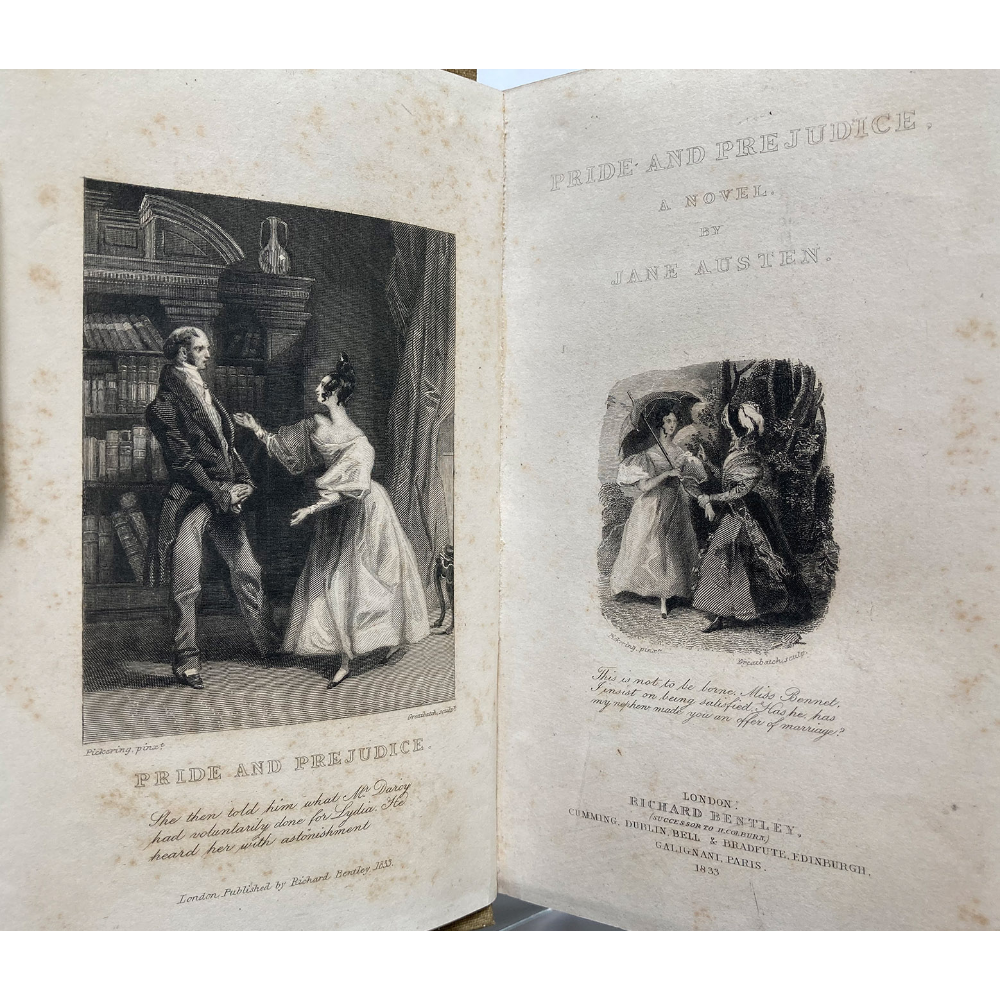